Folkloric literature is identical for all countries in the world.

The songs, short stories, grandmother stories, lullabies and other literature is going to be forgotten. While many of these contents are good for illustration in books, short movies and specially animation.

Fast improvements of technology in media has ruined many national cultures but at the same time made many other possibilities, made possible to illustrate all the vocal folkloric songs and literature.

Folkloric songs are the primary poems and music. They are the representative of all nations and are the end of art themselves. We can call them naïve art.

Cultural and geographical diversity of Iran caused a vast variety of attractive literature including both folkloric and classic literature.

Different families like Tork, Lor, Kord, Balooch, Torkman, Talesh, Gilak, Arab, Ashoori, Armenian, …has rich folkloric native songs and poems which has to be kept and recovered by different studies.

Maybe the first vocal sounds were those made by human vocal cords. What is considerable in the history is that singing and the working were mixed together. Art sociology expresses that poems mostly originated from working situations and developed inside it. Work was in groups first. Groups cooperated with each other to conquer the prehistoric impediments like workers on rolling stones or excavations or dropping trees or rowing which all needed rhythmic movements.

Primitive men during their work had rhythmic behavior moved with synchronized hands up and down. They used tools and breath and made sounds while they work. Their sounds and tools together made the primitive songs.

Geographical features effected the Color of the songs. Historic monuments, climate change and native things filled the content of all folkloric songs.

There are common elements in folkloric literature in whole world because the songs travelling and going far away than border lines by our unconscious memories.

In legendary stories and folkloric songs anything used in daily life like wheat has authentic aspect. History is full of beauties about plants and the happiness and health of animals like horse and cow bringing to life.

The rural ideal is the strength in their cow or their horse, not the fantasy cow or tiny race horse. They do believe beauty of a woman is in her strength, health, fertility and family life, not in a thin yellow skinned girl.

Folkloric songs can be divided in content by their form, structure and melody. We can divide them into these categories:

Do a favor to me

Why don’t you laugh

I’m crying for you dear brother

Put my head on your arms

Let my soul comes out

My love came to the roof

Tender lips, got bloody of my kiss

work reflections, relationship between human, plants and tools like the song of “ The Goat & the aunt ” … which the goat provides anything to the aunty:

Carpet for the aunty: The wool of goat

Pearls of aunty: Teeth of goat

Broom of aunty: Hairs of goat

Desire songs: Using the super natural powers for a desire

Rice inside the water

We are wolf kids

We died of cold

The people are confused until resurrection

Criticism songs: Used to ridicule someone…. Like this one for the king

Look at his travelling

Put him on lady dress

Bounce him, sack him

Attractivity of national treasury tempting everyone to take the advantages of them.

Unique and poetic contents, amazing pictures exists in these folkloric versus.

Maybe we should have to skim some of them. I have a vision to image some of these lovely songs as animation. I made two and the third is under production.

The first one was the” It was not a one “which is about human attempts to learn knowledge. It involves bread and water in learning the knowledge.

The second was “ Hajar’s Wedding” which is an animation of 8 minutes and close to be screened.

The second aspect of songs is Harmony (melody)….

National songs composed of couplet, quatrain and many other forms.

Couplet is so simple in content and meaning as it has been sang under the sky or in veil of immigrants or in hillside.

It is a creative poem. many other poems like riddles and love songs, lampoons and  requiems have been sang in this form.

Went to the garden

Other forms of tone (melody) are not used in folkloric songs like :

Sonnet, ballade, … They have their own identity in literature.

Melody, color, smell and geography transfers to the audience.

Native regional music is the manifest of folkloric songs.

Half a century Animation

It is past 100 years of animation history in the world. It is making impossible to be possible. Animation has a long story but somehow from ten years ago it had a sharp rise which cinema seems incompetent without it.

There are no borders between animation and live Cinema. Recently unrealistic fiction productions came into cinema. Animation is somehow a shelter for life hardships … that’s why animatic movies getting more and more attractive to the audience. Animation series and movies are attractive for both kids and grownups. Other vast era for animation is advertisement. A few simple movement have the most effect in consumers and in many cases animations are stronger than live teasers.

We should not forget computer games. There are lots of game nets in other countries which all use youth and adults then it must be attractive for all ages… Industry of animation. Writing this paper helping to start talking about animation in our country. We should consider that in our education, entrepreneurship and also exporting it to other countries.

In the last 50 years animation is acting like an attractive media and in spite of all attempts we don’t see development in animation industry. Maybe the problem is so immense that it cant be solved even by government.

There is no job security for animators and after all the activities they do they leave the situation. This is not the way you can afford your life by that. In biennial of animation Tehran we all see new talented youth which win the festival many times. But it is not stable and they leave after a while. Every year lots of talented youth wasted. Animation is not an easy place it needs technical skills and is a composition of all arts.

An animator should know about the writing, designing, directing, researching graphic, painting, photographic, music and many other skills and should know many other things about computer soft wares, shooting, editing, sound designing… For this purpose we should spend lots of time and energy on it. The problems are not being purposeful not having organization and good policy not good planning in the country.

Fifty years is long enough to develop the industry. We should not be kept it like an abandoned industry. It can be done by harmony among organizations.

Harmony among Institute for the Intellectual Development of Children and Young Adults, Hoze honari and Saba and youth cinema, private section, universities, ministry of science, The Documentary and Experimental Film Center (DEFC), ministry of education and training, ministry of culture& Islamic Guidance.

These organizations all can save the animation Industry and can be effective in entrepreneurship and presence in international art and culture for well betterment of education and training. Educating policy and social and cultural aspects can help to define the national identity for children, making movies, TV series, introducing the Iranian culture to the world and export to international markets.

France in the 80th decade have done such a great evolution in their animation. They understood that their children are becoming a market for Japan and Korea. They planned everything immediately by education and production… and compensate everything while the Japanese animations were much cheaper. Producing animation in France was so expensive however they understood that importing the cultural productions can destroy the body of culture of that country and corrupt their identity. For this purpose we should pay the price.

Japan and Korea without strong foundations in their cinema compare with Hollywood movies could conquer the spirit of children in whole world.

Our children never find their history and identity to understand who they are.

We could investigate and research about the solution Japanese found. We could understand their policy. India with all the shortages could attract the big companies and their investments in their country and companies were so lucky because it was much cheaper to invest in those countries.

We could find the pattern from those countries and save our animation. It is the fourth export goods after oil and gas and carpet.

First step: Animation must be considered in parliament. There is good demand in international markets for Iranian animation.

Third: Investigating, acknowledgment and analyzing the current situation and research on animation trend in countries who were successful and follow them

Fifth: Education and short term training for attracting talented people in the country and academic education

Six: Planning short term (3-5 years) to get the highest efficiency

Seventh: studying about attracting other countries for investment and production in Iran. Authors believe foreign investment saves animation. Some of ministries like ministry of industries, housing and urbanization in exporting technical services and revenue of investment to the country so exporting the cultural services and animation cinema like carpet can have global demand.

Hope to create the most Iranian animations in Iran and global markets. 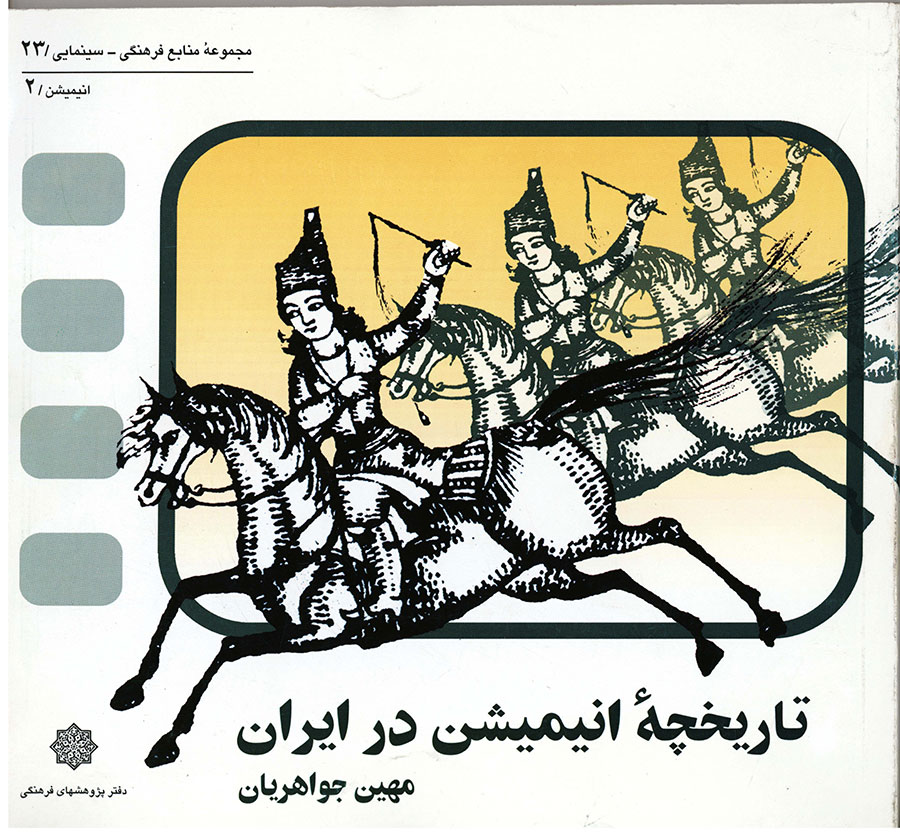 Animation in Iran from 70th

Iranian animation has a history around forty years. The first frames named Molla Nasreddin have been directed by Esfandyar Ahmadie, a movie about 2 seconds.

Development in animation experienced so many fluctuations in Iran. While other countries like Japanese and Korea conquer the whole world by their animation and imposed their weak but plenty of animations to the world.

Different satellite channels need visual feed and animation is a perfect fill for them. Our land has lots of capacities for growth of this industry. Literature, culture and talented youth of the country are the main investments for growth of animation in the country. Maybe we could learn from the past and add more facilities and develop the Iranian animation. Creating job opportunities, value the native culture, standing in front of other cultures, exporting animation are the benefits.

In the last 15 years there was a considerable rise in activities however we can name it as follows:

Starting animation in university of Theater and Cinema in MA level

Vladimir Tarasov and Sakalof were the invited professors from Russia I Tarbiat Modares university.

Holding Animation Festivals is one of the most important events. This festival is a good bed for evaluation study and research in movie making industry and best opportunity for talented people to link with professional movie makers

Screening animations in Isfahan and reward giving to animators.

A- Saba cultural center was one of the most important ones.

This center is going to produce short and long animations.

B- Activating animation section of Kanoon resulted in presence of many Iranians in International section.

Growth and Development of Advertisements

Animation is a tool for introducing the commercial goods and it causes the qualitative and quantitative growth.

The association gathered lots of Iranian animators together, holding seminars and screening movies for animation. Holding ceremonies and giving prizes to animators.

The beginning of animation cinema started from “Stories of Bazar” with production of Kanoon and directing of Alimorad and then “Egyptian Sun” and     “ Jamshid and Sun” director Behrooz Yagmaii and producer Nade Yagmaii.

There is sharp rise in screening Iranian animations in TV.

Rise of computer in animation arena

Computer made everything possible in producing movies considering the price and the tools. Youth learned to make computer animations very fast and started a very new era of animation in Iran.

There a large group of demands in international festivals. This a trend indicating the growth of this industry in the country.